"UML is not dessert topping and floor wax." - Grady Booch on the versatility of UML.
UML as you know, includes a set of graphic notation techniques that helps you specify, visualize, and document models of software systems, including their structure and design, in a way that meets all of these requirements. There are many popular professional diagramming tools like Visio available in the market. Depending on your need, sometimes you don’t really need commercial tools to generate UML diagrams. This article contains some Good Open Source UML tools that might do the job for you for free.
StarUML - StarUML is an open source project to develop fast, flexible, extensible, featureful, and freely-available UML/MDA platform running on Win32 platform. The goal of the StarUML project is to build a software modeling tool and also platform that is a compelling replacement of commercial UML tools
Check it’s features here 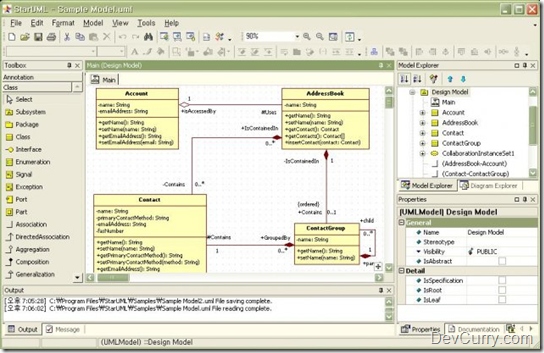 ArgoUML - ArgoUML is the leading open source UML modeling tool and includes support for all standard UML 1.4 diagrams. It runs on any Java platform and is available in ten languages.
Check its features here. 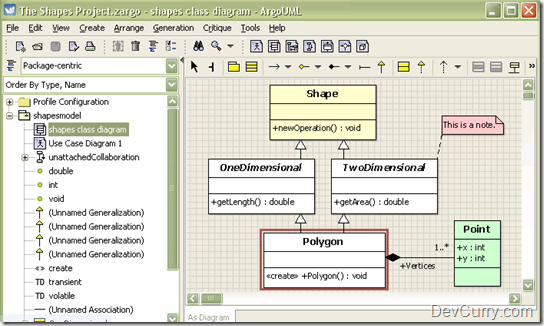 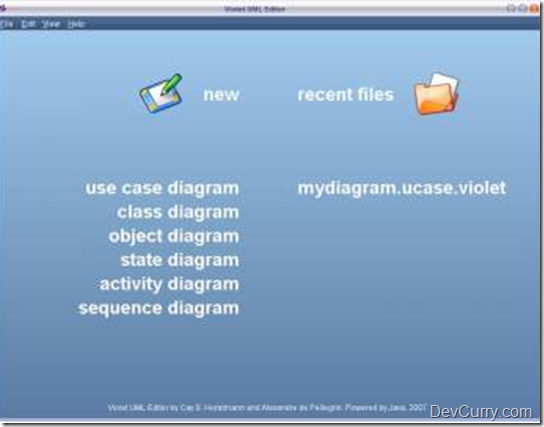 Astah Community 6.1 (Previously JUDE)- Based on the concept of "Usable from the moment of installation", the modeling features of astah community have been designed to be simple and user friendly.
Check its features here 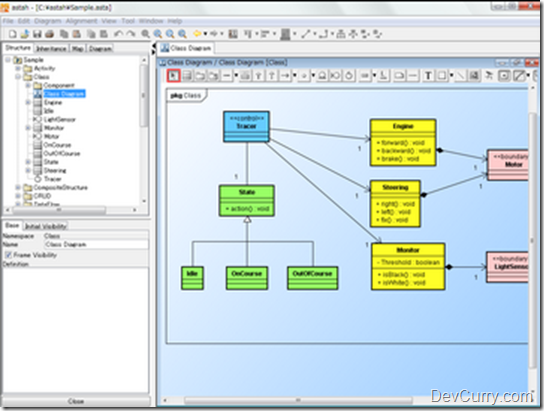 BOUML - BOUML is a free UML 2 tool box allowing you to specify and generate code in C++, Java, Idl,Php and Python. BOUML runs under Unix/Linux/Solaris, MacOS X(Power PC and Intel) and Windows.
Check its features here. 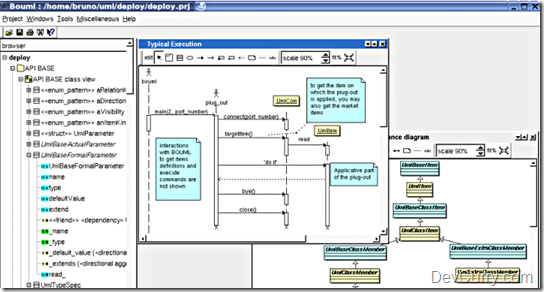 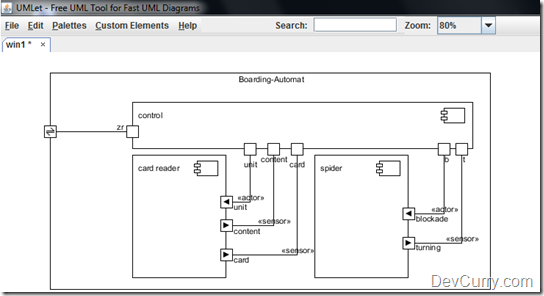 UMLGraph - UMLGraph allows the declarative specification and drawing of UML class and sequence diagrams. The current features are part of an ongoing effort aiming to provide support for all types UML diagrams.
Check its features here 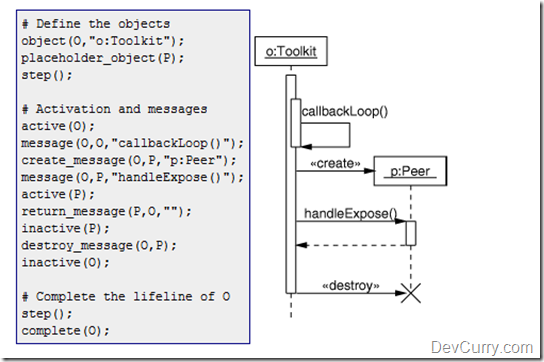 Dia - Dia is a GTK+ based diagram creation program for GNU/Linux, Unix and Windows released under the GPL license. Dia is roughly inspired by the commercial Windows program 'Visio', though more geared towards informal diagrams for casual use. It can be used to draw many different kinds of diagrams.
Check its features here. 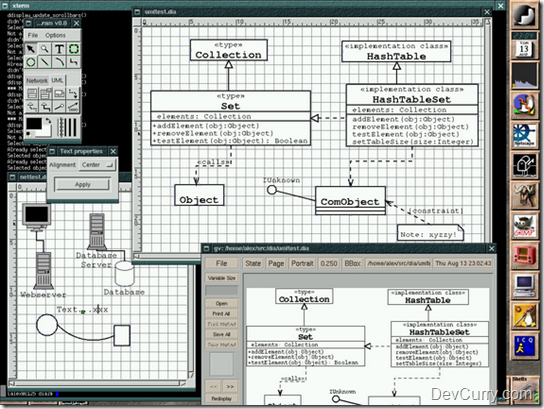 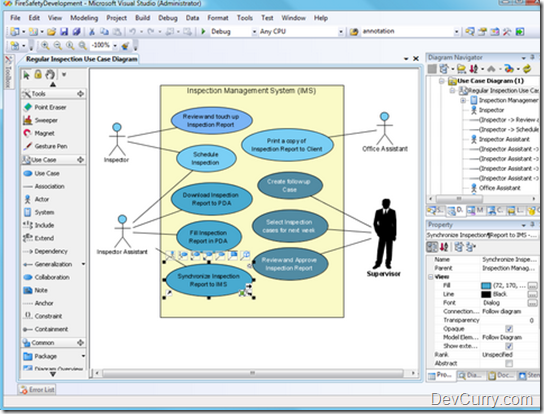 T4 Editor plus UML modeling Tools for Visual Studio (2008/2010) - Quickly write your own Code Generator via T4 Text-Templates (.tt-Files) with Intelli-Sense & Syntax-Highlighting. tangible T4 Editor also comes with UML-Style modelingtools and can generate from diagrams, database schemas, xml, word, excel sources, or any other data source. Microsoft T4 looks and smells like ASP.NET - it is simple!
Check its features here 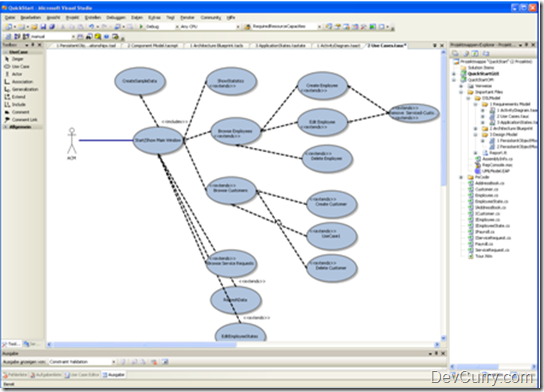 NetBeans IDE UML - The UML plugin for the NetBeans IDE is available for version 6.7 and earlier releases.
Check its features here 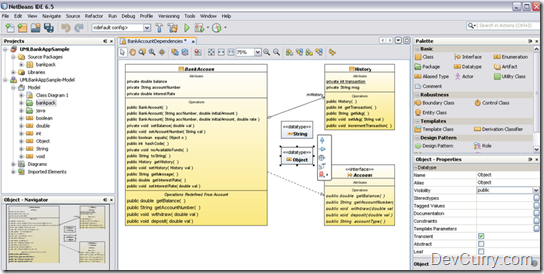 Eclipse UML2 Tools - UML2 Tools is a set of GMF-based editors for viewing and editing UML models; it is focused on (eventual) automatic generation of editors for all UML diagram types
Check its features here

What a useful article! Thank you so much! Aleksey

Platform independent, don't need to install it on your computer.. completely portable

Written in Java. "Quick Sequence Diagram Editor is a tool for creating UML sequence diagrams from textual descriptions of objects and messages that follow a very easy syntax."

I use it all the time.

Thanks for the great list. There were a few here that I had never heard of / tried before.

PlantUML is another text based UML tool

You forgot Gliffy. Comes in very handy when you don't have the luxury of having a tool installed on your machine.

Thank you all for letting users know about these additional UML tools. Keep the comments coming :)

Hello, Would you please to make some references to the original sources for this articles.

And I want to share with you another this site: <a href="http://case-tools.org> CASE Tools </a> is a site devoted to CASE Tools, I think it could be useful to find another tools which aren't on this articles.

EasyUML Editor is a Web based Editor which generates UML Diagram from easy to use textual notation.

Veeeery uselful, couldn't find a list like this one ANYWHERE on the net!
good thing you've got the visualizations for each, helps a lot.

Nice collection of tools here. Our university is using LucidChart which has worked like a charm. Probably the only collaborative UML tool I've seen.

BOUML is no longer free. Went to their website and found you must purchase it.

Good list. I would like to add Creately to your collection. Its not a open source software but a free to try UML diagramming software

Don't forget SequenceDiagram.org for sequence diagrams. It is extremly quick to work with! :)

A couple more for your list from Eclipse: Papyrus and Papyrus for Real time.

As someone commented, I recommend PlantUML for developing applications that need to generate UML diagrams, it has its own language and covers a lot of diagrams.