I had written a post on how to Make the Most of Technical Events like TechEd. Well I am glad I followed my own tips and made the most of the TechEd India 2011 event, I attended last month. The event was attended by around 3200 IT professionals and over 30 MVP’s including the MVP leads Abhishek Kant and Abhishek Baxi. Although I missed some planned sessions due to the round table conferences with Microsoft product and evangelism teams, I do not have any reasons to complain. The interactions with the MS product folks were fantastic! Here’s a quick wrap up of my experience.
Note: Original pictures taken by Abhishek Baxi, Vijay Raj, Anoop Madhusudhan, Lohith Nagaraj.
Day 1 – March 23rd
I reached early at the venue (Hotel Lalit Ashok, Bengaluru) assuming it would take me sometime to collect my pass. However there was a separate counter for Microsoft MVP’s and User group leads and I got my pass in 2 minutes flat! That saved me a lot of energy and it was a good first impression that this event is going to rock, and so did it!
The opening keynote was given by Dr. Qi Lu, President of the Online services division, Microsoft, followed by Yousef Khalidi, who is a Distinguished Engineer in the Windows Azure team.

While the other IT folks proceeded to attend different tracks, we Microsoft MVP’s had a special ‘Meet the MVP’ session, where we got an opportunity to network with fellow MVP’s, Microsoft Evangelist and enthusiastic IT professionals. We introduced ourselves and discussed about the challenges and opportunities of reaching out to the community and how to utilize MVP’s as well as the MVP program, in the best possible way. Unfortunately this session was not advertised in the TechEd booklet, so the attendee turnout was average. However the quality and context of the session was worth the time! That’s me on the right (front) in a black t-shirt, smiling away to glory!

Later in the afternoon, MVP’s had an exclusive one-on-one roundtable chat with Yousef Khalidi, a distinguished Engineer from Microsoft Azure team. Yousef is a developer at heart and he patiently heard us quibbling about the issues and pain points in the Azure platform and its SDK. Many MVP’s including Dhananjay (@debugmode_) had candid feedback and suggestions to share. It was a productive session and I am sure Yousef enjoyed the interaction, as much as we did.
In between, we MVP’s got many opportunities to interact with each other, and we made the best use of it! Here’s one ‘hot’ Silverlight/ HTML 5 discussion going on between MVP’s Hima, Krishnan(a.k.a @novogeek), Anoop (a.k.a @amazedsaint), Suprotim (me), Sumit, VijayRaj (a.k.a @msigeek) and Lohith(a.k.a @kashyapa). We even discussed how my Asus Netbook with 1 GB RAM, can run VS 2010 and SQL Server 2008. I had to show it to them to make them believe it ;) 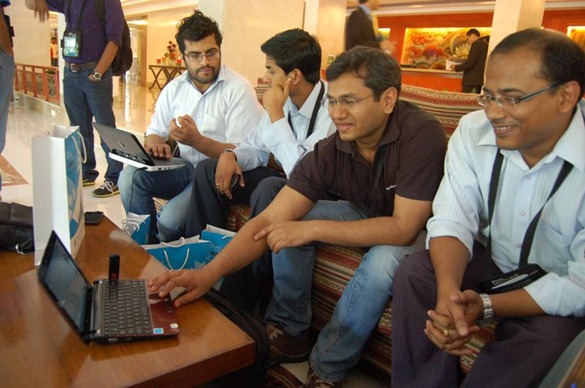 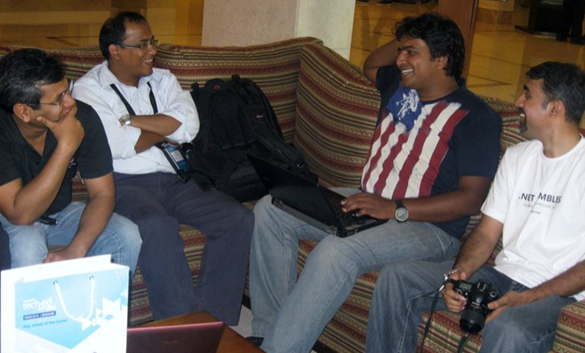 I between, I got chance to attend a few sessions as well.


Day 2 started with a keynote by Brian Hall, GM – Internet Explorer and Live, followed by a keynote by Bharat Shyam, GM – Azure Developer Platform.
After the keynotes, we MVP’s again had the unique opportunity to attend roundtables with Brian Hall, GM, IE9 and Windows Live, Microsoft, Ramkumar Pichai, GM, Customer & Partner Experience and Bharat Shyam, GM, Developer Experience. These were again very constructive roundtable sessions. The interaction with Brian was so damn interesting that we completely lost track of time! We had a candid round with Brian, giving him feedback on IE9 and Windows Live and debated  about creating an ecosystem for IE9 developers to contribute add-ons to the platform. I bet these MS folks are going to have many TO-DO’s and action points to look into, when they return back to office!
MVP’s and Microsoft Evangelists with Brian Hall

In between, I attended some sessions, had a tech chat with friends like Pranav, Abhijit,  Lohith, Krishna, Abhishek, Shravan, Sumit, Anoop, Jacob, Govind, Hima, Mahesh and many more. In the evening, we attended a nice party hosted by INETA, GITCA and PASS. It was great fun! 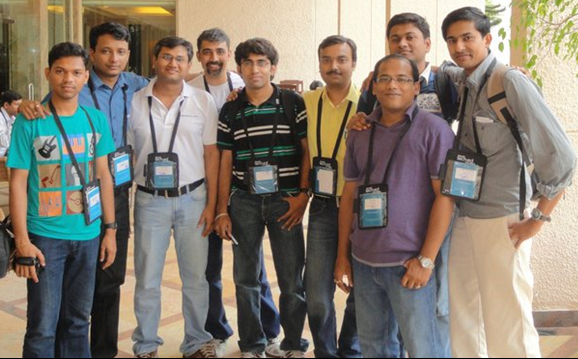 
Attending Day 3 was a conscious decision! In a cricket loving country, a technical event has to be really interesting to attend, especially if there is a World Cup cricket match between India and Pakistan on the same day. I knew I could attend the event and watch the match too using my Datacard :)
Day 3 started with a gift from Microsoft. It was a Reebok IE9 watch for all TechEd attendees.  ‘Fast is Beautiful’ was on my wrist. Here's a picture of the watch taken by Abhishek Baxi. 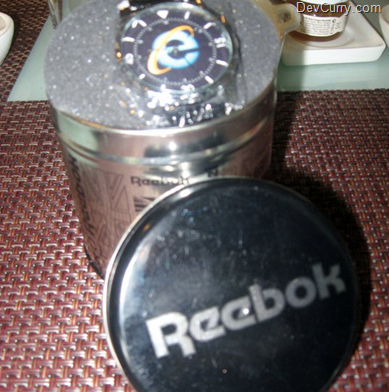 We then gathered to attend a keynote by Jason Zandor - Corporate VP, Visual Studio, Microsoft. Being a developer himself, Jason kept the demos very developer centric demoing new and exciting features in MVC 3, NuGet, EF 4 and VS with azure. His keynote was followed by the one by Murthy Uppaluri, Director DPE, who  dressed as a cricketer, talked about “Metamorphosis of an Indian Techie”.
We (MVP’s) then had our lunch with Rajiv Kumar, IDC Head Hyderabad and discussed the new and existing features of MS Office. One of the key quality I noticed consistently in all these MS Product owners and team members is they were very humble in taking feedback and new feature suggestions. This was a very productive and interactive session again!

The next round table was with Jason Zander. Unfortunately I could not attend it as I was attending a developer session, but colleagues informed me that it was a great one! Time really passed by quickly on Day 3 and it was already time for the closing keynote. Guess who delivered it. Keeping the Cricket World Cup buzz in mind, it was none other than ace cricketer Anil Kumble 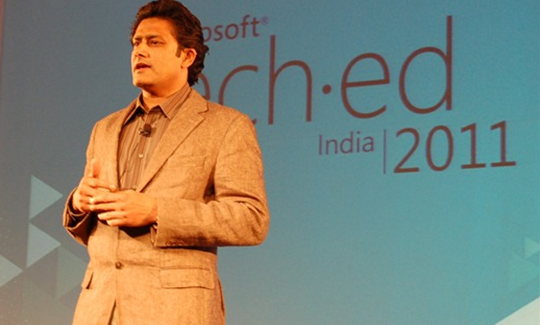 I am glad I invested 3 days attending this event. Not only did I get to meet old colleagues, MS product teams, Speakers and my MVP team leads, I also got an opportunity to meet my Blog readers! Thank you everyone and Microsoft for making this event so special.

Interested in checking out some more pictures? Check some cool pictures clicked by @msigeek in his album Some People Portraits from Teched India , by Abhishek Baxi and by @kashyapa.

Nice wrap up of the TechEd. It was nice meeting you. Had good talks with you.

Looking forward to many more such interactions with you.