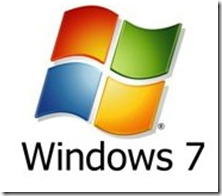 The most exciting feature for me in Windows 7 is the ability to boot to a Virtual Hard Disk (VHD). Booting from VHDs means booting the machine as if running from primary hard disk so your operating system will leverage all the hardware available in your system like Graphics, Wireless, USB etc. which is not possible in most of the virtual environment. Personally I have used this for my beta software testing, such as Visual Studio 2010. The main operating system is totally safe from the VHD, which means you can go ahead and install all types of beta software, safe in the knowledge that if something bad happens, your main machine will still function correctly.

One of the best sites I have found that clearly explains how to set this up can be found here. Microsoft has also released a video which takes you through the steps of how to create your own VHD. That video can be viewed here.

I have been using this feature since the beta version and I would strongly recommend this to anyone who is considering installing beta software.

Malcolm Sheridan is a Microsoft awarded MVP in ASP.NET and regular presenter at conferences and user groups throughout Australia. Being an ASP.NET Insider, his focus is on web technologies and has been for the past 10 years. He loves working with ASP.NET MVC these days and also loves getting his hands dirty with JavaScript. He also blogs regularly at DotNetCurry.com. Follow him on twitter @malcolmsheridan
Posted by Malcolm Sheridan